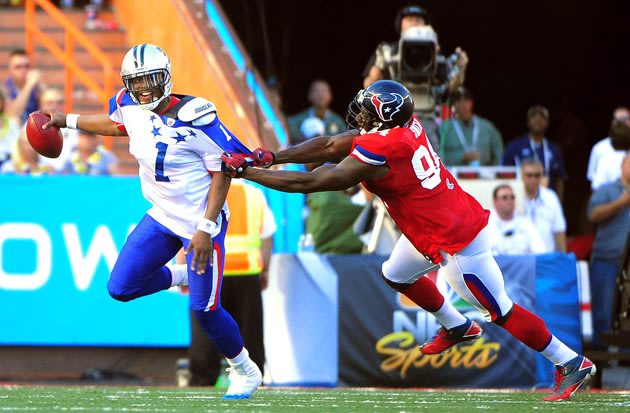 Smith would provide nice depth to Denver’s defensive line, but he is replaceable. The Broncos have a good corps of defensive ends and tackles to choose from, highlighted by Derek Wolfe, Malik Jackson, Vance Walker, Sylvester Williams and Marvin Austin.

Outside linebackers DeMarcus Ware, Von Miller and Shane Ray are also expected to frequently rush off the edge, providing Denver even more depth on the D-line.

So while we await news on Smith, it’s probably best to picture a d-line without him.

I realize, hating on Mile High Report is beating a dead horse. But we live in a world where you are innocent until proven guilty. If there was any overwhelming evidence don’t you think Denver would have gotten rid of him to avoid any bad PR? Not to mention, living in denial about his talents as a pass rusher is foolish. It makes no sense to write off a talented player based off of whispers. Until anything solid comes about, we need to keep him in our plans.