Earlier today, our nation was ‘rocked’ by another ‘explosive’ NCAA ‘sex party scandal’ (all terms pulled from Google news headlines). ESPN and OTL have reported former players and recruits from the University of Louisville Basketball Program allege they attended campus parties that included strippers with one player admitting to having sex with a stripper, paid for by the team’s former graduate assistant coach. 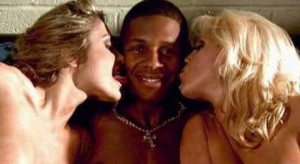 Stop the press if you’ve never heard this before: College athletes go to parties. Escorts are paid for sex. Multi-Billion dollar amateur sports industry figure heads claim they had NO knowledge.

What does this have to do with the Denver Broncos? Not much directly, however and I’m willing to bet if you were to ask many active players on the Denver Broncos if they experienced anything remotely similar during their recruitment and playing days in college, they’d smile and say “On to Cincinnati”.

If you google the term ‘NCAA Scandal’ you’ll return over 1.4 million results. The Huffington Post even has an entire aggregate section devoted to the subject. I just don’t understand why we are so disappointed when strategies used to recruit and maintain academic eligibility for ‘student athletes’ at the Division 1 level don’t live up to our American moral standards?

Do most people even know that college sports are an $8 Billion industry?

How about that John Calipari and Rick Pitino are the two highest paid public officials in the State of Kentucky? 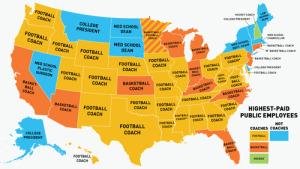 Less people are probably even aware that prostitution revenue in America totals over $14 Billion a year.

1.4 million ‘NCAA Scandal’ Google results yet it takes two independent documentaries and a John Oliver weekly skit to shed light on this nugget:

“And it is the NCAA that maintains a system that profits commercially off students while actively prioritizing a full-time commitment to sports over education.”

John’s video is worth the view and re-share though I think somebody may have already shared it on here (my apologies). Also, this Proeconomics report really is worth the read.

Strippers, underage drinking, lots of testosterone and academic advisors who ‘help’ you stay eligible are the norm on campuses across the nation. Even as a ‘student athlete’ at a D1AA school playing for an 0-11 team, I can tell you these ‘explosive’ ‘scandals’ happened, a lot. I guess it’s not really a scandal unless your coach makes over $5 Million a year.

So, enough with “the buck stops with him” Stepehn A. Smith. If we really cared about what coaches knew or didn’t know what their athletes were involved in, there wouldn’t have been protests over Joe Paterno’s firing and Jim Boeheim wouldn’t be allowed on the basketball court.

Come on America, you can’t have your cake and eat it too.

Anyways, you won’t ever hear me talk about my recruiting trip, “I’m on to Cincinnati”.